Play testing and bug reports would be greatly appreciated! Enter the Dragon’s Lair, make a fortune, and have fun!

The blinks always go into “reset mode” when long-pressing to put them to sleep, and then when waking up don’t finish resetting until they’re all separated. Any chance of getting them to auto-reset on wake?
Secondly, it seems like emeralds in particular are very difficult to collect; I’ve connected with the green side of my player blink quite a few times without being able to collect it; it seems like it’s not recognizing that I’m connecting at all.

There is a new version on the way

Huzzah! Honestly, this is easily my favorite Blinks game so far

I am so excited to have this game. I got my blinks kickstarter pledge in the mail this weekend along with the developer kit. I was talking with a friend and telling him the idea of my first game I was going to attempt on Blinks. I was going to call it Dragon’s Lair also

My inspiration for the concept was the 1980s D&D digital labyrinth board game. Two days later, my friend emailed the link to the new kickstarter saying, hey, I think this stretch goal game sounds a lot like the game you were describing wanting to develop. Needless to say I instantly backed the new expansion in the KS campaign even though I haven’t had a chance to test out my Blinks extensively yet. Hopefully this weekend coming up.

I plan on trying out your code on one of my blanks so hopefully I can give you some feedback in a week or two. Good luck with the project.

Hello @Chief_Engineer! I’m glad that you’re excited for the game! If you do decide to give it a shot be sure to check out the newer versions of the game on the official Move38 GitHub. The original link points to a prototype version of the game which has seen substantial improvements in the Move38 version. I have included a link below to the new and improved Move38 version. Definitely let us know what you think as feedback is always appreciated! 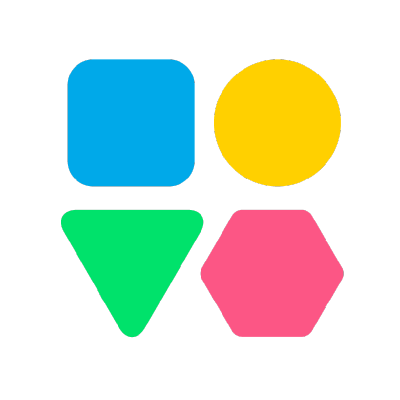 Contribute to Move38/DragonsLair development by creating an account on GitHub.

I’ve played 3 games. I was playing solo with 6 blinks, 1 dragon, 1 player and 4 dungeon tiles. I had the dungeon tiles in a row with the dragon at the end like recommended for small blink counts. In my second game, the first half of the game, when the dragon attacked, it only attacked to the first lair space and not the rest. The blinks appeared to be connected along the entire length and they had the blue triangles lit at their neighbors which I’m assuming is visual feedback they are acknowledging their neighbors. After about 5 or 6 dragon attacks, the remainder of the attacks propagated the entire line of blinks.

I wasn’t overly clear during my 3 plays what my health was or what my score was at the end of the game. In my final game, a had 2 bright magenta triangles and 4 dim triangles of 2 other colors. Did I miss something in the instructions?

Also, button presses and the effects I experienced don’t match any of the posts I read. So I’ll list how button presses were reacting for me. I’m using the code from the master branch that I downloaded about an hour ago.

Also holding the button until the blink or cluster goes to sleep, they wake back up in the same state. The only way I found to reset them was to put the blink I had dragons lair programmed to into learning mode and attach it to the cluster to reteach all the blinks. Since this is only my second evening in the Blinks ecosphere, I’m not sure if this is normal or desired behavior or not.

I haven’t had a chance to look through the code and it is getting pretty late for me, but I do plan to review it and do some more play testing including with higher blink counts. So hopefully I’ll have some more feedback within the next few days

This is probably me just being a n00b in this environment, but I was leaving my treasure seeker on my desk disconnected from the cluster but only holding it about a half inch to an inch away from the cluster and twice I had a dragon attack hit me and when I looked down, I was in pretty straight alignment with a hex, so even though the blinks weren’t physically connected, they were still communicating

Hello again @Chief_Engineer! Thanks for the feedback! That is definitely interesting behavior regarding the dragon attacks stoping part way down the line of blinks. We will have to do some more play testing to see if we can replicate the bug that you witnessed. Our goal is to get the game to work fully with as little as six blinks, but the game is definitely more fun and plays a bit smoother on a larger numbers of blinks. This is largely due to how the blinks are communicating the dragon attack signals.

We are in the process of re-writing the rules for the game, and there are some things that have changed from the original game instructions. For context, the lair blinks only display treasure on their faces that are open and available for connection from the treasure hunter blink. I have attached a picture of what this looks like in a larger configuration below. Since in your setup the blinks are in a line, each blinks has four faces open for connection. If you were to put a bunch of blinks together in a large circle cluster, only the outer edge faces would be showing color since they are the only ones available for connection.

Players have 3 health points and you are right that their isn’t really any way to determine your current health level. Originally health was going to be tracked by 3 white lights on the unused faces of the treasure hunter blink. Unfortunately, the Blinks game pieces have a large amount of color bleed, so adding these white lights really washed out the colors of the treasure hunter blink and made it really hard to tell where the player needed to connect. We eventually settled on notifying the player that they start with three health and trying to make it very obvious when damage is taken by showing a bright red flash.

I’ve noticed the same thing one my blinks regarding data transmission even when they aren’t connected. It is my understanding that blinks use IR light to send signals to one another from each face similar to a television remote. A side effect of this, is that the IR signal continues to travel in a straight line from the sides of the blink even when not connected (at least for short distances) and this signal can be picked up by other blinks if they are perfectly aligned. Unfortunately I am not yet aware of any way to ensure that a genuine connection is made and not just the signal. To solve the issue in this game I recommend keeping the treasure hunter blink at least a few inches from the lair unless immediately going in for a connection.

Thanks again for the feedback! We definitely appreciate it! 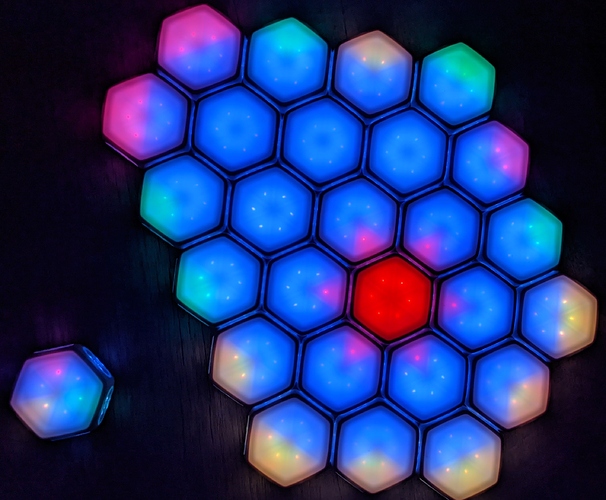 I have to say, I actually like the “3 lights” style of health tracking; I even re-implemented it (by having the dimly-lit blinks on the treasure hunter go out completely as you lose luck) in this version and was able to get my (largely non-gamer) dad to play along with this.

I had the same idea, it was just late after I finished reviewing the code last night and I did not get back on the forums. I was thinking the 3 dark blue triangles could be extinguished as luck was consumed. Sounds like you are already going down that path though.

I was testing Dragon’s Lair for the first time last night.
(v1.8)
I had a strange issue with all the blinks that I sync’d with DL.
After being put to sleep, they would all wake up again on their own.
At first I thought it was someone pressing a button, but then I set them beside me and they came alive by them selves. So then I put them to sleep and separated a few out, thinking that maybe I had a flakey button.
But they all would awake again at the same time, even when not connected.
I had to sync another program to get them to stop waking up.
Is there a long timer running that might be causing this?

Hello @boardgamebrewer! Thanks for trying out the game! That is definitely an interesting bug, and I can’t say that I’ve seen it before. v1.8 is actually one of the earlier prototype builds of the game. Development has since moved over to the Move38 GitHub repo linked below. We’ve done much more play testing on this version, and overall the gameplay will be greatly improved! If you have a moment, feel free to try this updated version and let us know what you think.

Contribute to Move38/DragonsLair development by creating an account on GitHub.

Is there a long timer running that might be causing this?

That is not possible as timers do not run when Blinks are sleeping. There are only 2 things that can wake them up:

1 - A button press.
2 - Any data being received by the blink through ir.

As when Blinks go to sleep they also do not send any data, I suspect some external or source was creating phantom packets that made one blink turn on and the others to follow suit.

Yeah, not sure then,
I had my other Blinks beside them on the table, so if there was IR interference they all would of received that.
I also had the new protoblink attached. It has just magnets in it, so thought it could be the issue, but, removed that and had the same effect.
Definitely a weird issue.

Not seeing the issue with the new code.

Yeah, not sure then,
I had my other Blinks beside them on the table, so if there was IR interference they all would of received that.

Not necessarily. Depending on the source, for it to trigger a Blink it would have to be perfectly aligned with it so chances are that if this was the issue, only a few Blinks were directly affected.

I also had the new protoblink attached. It has just magnets in it, so thought it could be the issue, but, removed that and had the same effect.

Magnets should not make be an issue.

Not seeing the issue with the new code.

Correlation is not causation. You could try uploading the 1.8 sketch again just to check. If you can reproduce it, try putting the Blinks to sleep in a different place (even better if it is a dark place). I suspect your issue would disappear (it it actually shows again).