Each player has their own blink, and there is a set of central blinks (4 in a 5+ player game, 2 in a 3-4 player game). When everyone is ready, the central board reveals its state (each blink has a different colour on each face). Players look at their own blink, which will reveal different colours on each of its faces. Players then attempt to attach their blink to the board, such that they match 2 colours.

If they cannot find a matching position, they can click their blink to reshuffle the colours.

Any player who doesn’t match (there are fewer positions available than players, and some positions may be impossible to match), is eliminated. Anyone who matches incorrectly is eliminated. Play continues (moving onto the smaller 2-blink board) until only one player remains.

Game Direction
There are a few different paths the game could take, but I need to get a feel for how it plays physically first (only played using the simulator so far). 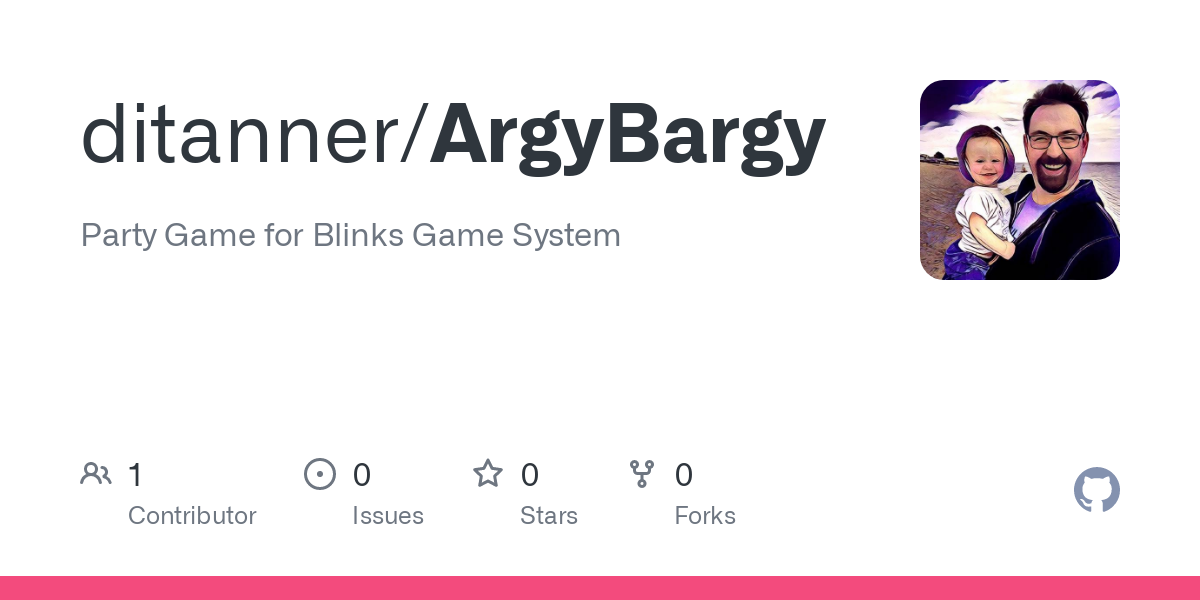 Party Game for Blinks Game System. Contribute to ditanner/ArgyBargy development by creating an account on GitHub.

When you get this to a point where it can be playtested, I’d like to check it out with folks in the office.

A new version is up on GitHub.

Bit of a change to how it plays - each player now has a fixed colour wheel, and the cluster in the middle changes randomly every 5 seconds. Each blink in the cluster only has one colour, rather than different on each face.

Players Blinks keep track of their score too.

I think I need to be cleverer around duplicate adjacent colours.