I received my Blinks recently and am enjoying the solo gameplay while staying at home during these trying times. But I got to thinking about a game that could likely be played with Blinks that some of you may have played with cards before; it’s called Werewolf and is a simple deduction game where each player is assigned a role at random: Villager, Seer or Werewolf.

Then everyone tries to talk their way into figuring out which role other players are while people are killed off day and night until only Villagers or Werewolves remain.

Given the simple mechanics and the fact that you can program Blinks to have functions while separated from the other Blinks, I think this game could be designed to work with Blinks and perhaps made available for purchase sometime in the future from Move38.

I don’t have a Dev kit, but would be happy to work with someone who does to get this up and running.

Thank you in advance!

Sadly I have zero time to tinker with a new project

But I did want to chime in and say that I think the night phase in something like werewolf works really well for blinks. It was definitely part of the inspiration for my game where everyone closes their eyes while players take turns. Would be really cool to see a werewolf like game on blinks! I think your biggest challenge is going to be coordinating unique random roles (distributed task) and then indicating that role to the player (limited UI), but totally doable!

Thanks for the reply!

There may be a better way to handle this, but my initial thought is that you could have all the Blinks display the same pattern after starting the game. Then each player would take a Blink and secretly press the Blink once to reveal a specific color (each role would have a color - like Green for Villager, Blue for Seer and Red for Werewolf). Then they could press their Blink again to have it go dark or whatever.

During the night phase, each player could open their eyes when appropriate and could press their Blink again to reveal their role to the others.

Then when someone is killed by either Villagers or Werewolves, they can press their Blink to reveal their role to everyone and then set it down or whatever.

Pretty simple game play. I think the only other requirement is that the Blinks would need to know how many Werewolves and Villagers there are based on player count (the number of Blinks connected when the game starts) - but I have no idea how much work it would be to setup the game using Blinks.

Yeah, that last part with the number of werewolves / villagers is totally the distributed task problem. You might actually want to lean in on the physical side of things though to keep it simple / tactile. Have them start in a set up mode that you end with a long press or something so players can individually assign roles, then literally shuffle the blinks. if nothing else you’d be testing their durability

Is there anyone willing to take this on? I think it’s doable with the right coding, but am not a developer.

I’m sure can help with it.

I don’t have blinks but I’m developing and learning the system.
Actually I have a couple ideas for the game, as for example, count the number of blinks connected, assign roles based on the number of blinks, pick the blink and show you the color of your character 5 seconds later, so anybody can see your rol.
Also a nice idea can be, when everybody close their eyes, warewolf can just touch your blink and show that you are dead, something like that.

What do you think?

I can help with your idea if you’re interested, just write me

Looking at my copy of the game, there are only 2 werewolves for up to 15 players. So I think it’s safe to say 2 werewolves, 1 seer and the rest are villagers. One person will moderate, but they just don’t take a Blink. Alternatively, you could assign a color to the Moderator and have someone take that Blink (or randomly deal them out), but I don’t think I’ve ever played where someone didn’t choose to moderate or rotate moderator duties somehow.

Obviously, you could set this up with a maximum of 12 players, to accommodate those who only have 2 sets of Blinks. But if you can allow up to 15, that would be ideal.

Minimum number of players would be 7. One of which is the Moderator, so you could say 6 Blinks minimum (3 villagers, 1 seer and 2 werewolves).

Also, until you reset the game for a new playthrough, each Blink should be pressable to reveal the assigned color. Some folks need to remind themselves during the game who they are. You also need to be able to reveal your role when you die.

I’ve played always with no moderator, as everybody knows how to play, you just need to keep order while playing, or you can have a moderator that can talk with eyes closed and that way he can play! (I’ve done it and it works pretty well, that way minimum of blinks is 6 and you can have the game with one blinks set!
I will start doing something

Here is my first aproach to the game: 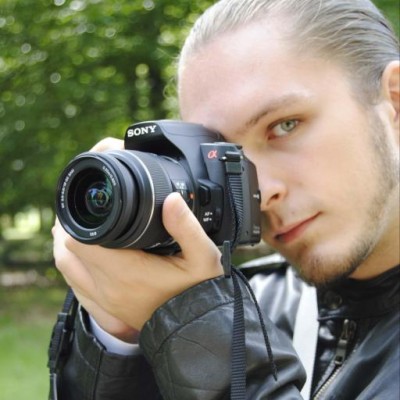 Game for Blinks by Move 38. Contribute to confus-3d/Werewolf development by creating an account on GitHub.

As I don´t have blinks, please if someone can upload it and try it I will keep working on it

Instructions in GitHub but anyway here is an explanation:
From 6 to 12 blinks, no more, no less, if game detects more or less, the game will be reseted.
Game loads in waiting mode, put all blinks in a single row and the two sides should turn on their leds.
When one of the sides pressed, the game start counting the blinks in order (that´s why you need to arrange them in a single row), and the oposite blink become Master.
That blink shuffle characters and asign one character to every blink (that is not true, just asign WW and Seer, the rest are automatically Villagers)
Once asigned, all blinks turn OFF.
SETUP DONE. (It looks a lot of steps but is just one click, i just wanted to explain the code)

Now all blinks will be in GAME mode, every player pick a random blink (roles are already asigned randomly so it doesn´t matter what to choose).
To know your character, press blink once, and it will turn on for 2 seconds.

GAME ROUNDS:
All players close their eyes.
SEER open eyes.
SEER round: Touch one Blink with your blink to know that character role.
SEER close eyes.
WEREWOLFS open eyes.
WEREWOLFS round: One Werewolf touch one Blink with his Blink to kill that character.
WEREWOLFS close eyes.
ALL players open eyes, revealing the dead player.
ALL players (except dead players) discuss which player they want to kill, DOUBLE CLICK that player Blink to kill it.
IF FOR ANY REASON someone kill himself with an unwanted double click, just double click again to make an epic resurrection

NOTE: Is like the original game, i just swapped order on the Seer to work propperly, also you don´t need a Moderator character, to prevent people from knowing if Seer has touched their blink, I sugest putting all blinks on the table, so you dont know if someone touch your blink, also, if you want to play with moderator, of course you can! You can also just manually show with a click and manually kill with double clicks if you don´t want to play touching blinks.

RESET: Arrange all blinks and long press any blink.

As all my first aproachs, probably is not going to work at first try

but if it works, please tell me!
Also, tell me if you think a new role can be added to the game! In the more actual version of the game Les Loups-Garous de Thiercelieux there are a lot of expansions and more than 20 roles!
Maybe 20 is too much, but I´m sure I can add 2 or 3 more (only 70% ocuped actually by the game, so there is some space)

@Kelson If you can, please change the Topic to “Game Idea: Werewolfs”

Not sure how to edit the subject, but thank you for all your effort!

If possible, I think it would make sense to have the Werewolves be red, the villagers green and the seer blue. I like that you can press to reveal your blink instead of having to touch another player’s blink. I also like how you can make the moderator optional.

When you are dead, you have your normal color with a red bite.

I’ve revised the code and can have a bug, as the characters load at random, the game can produce autokills at load, I have to fix it

Now it should work.

If someone can try…

Excellent! I’m guessing we’ll need some sort of confirmation color flash once all the Blinks have been assigned their roles, without actually revealing the color of each Blink until pressed by each player in secret. Then when someone has been killed, they can press to reveal their role and just place their Blink on the table or some such. Don’t need anything too fancy here.

I like Blue for the Seer, but it’s not super important.

That is already done!

Copypaste from my previous post: Once asigned, all blinks turn OFF.
That is the confirmation!

I´ve made some changes: